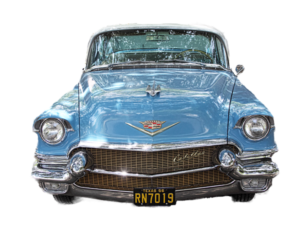 $2 Elvis doesn’t only do tours, but he is also available for a number of corporate events.

Meet and greet on customer appreciation day. I met potential Sprint Customers at the door and helped facilitate sales. Using humor, I put the potential customers at ease and introduced them to a Sprint employee who took care of them from there. I was hired a total of nine times last year by Sprint.

I have been hired by Lagunitas twice to emcee and tell jokes at private events. A burlesque act was involved both times, making this a really enjoyable night for $2 Elvis. Beers and showgirls! LOOKOUT!!!

Tivity Healthcare hired me twice, once to do a tour of Nashville, and another time I was hired to roast a retiring board of directors member. That’s right. I walked into a fancy hotel, into a hoity-toity restaurant, and made fun of someone I had never met before in front of all of his peers, including the CEO of the company. So much fun!

In addition, I have emceed a number of events over the years, and I am also available for airport shuttles, signing telegrams, birthday parties, escort service, and other odd jobs. Just call The King! #hunkahunkaburninfun 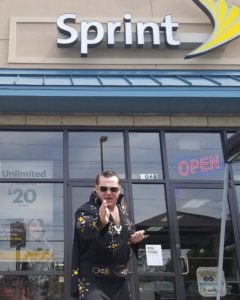